Oldest Known Plague Victim Was Just Discovered. It Was 4,000 Years Before Black Death

Always remember that you are absolutely unique. Just like everyone else.

— Margaret Mead
← Large Dinosaurs Were Prone to Extinction Way Before The Asteroid, New Study Argues
An Extreme Supernova Lit The Skies 1,000 Years Ago. We May Finally Know Its Type →

Five thousand years ago, a rodent bit a Stone Age hunter-gatherer. The creature carried a strain of pernicious bacteria called Yersinia pestis – the pathogen that caused the Black Death, or bubonic plague in the 1300s.

The bacteria likely killed the Stone Age man, who died in his 20s, according to a study published Tuesday. It's the oldest strain of plague known to science so far.

The strain's genome closely resembles the version of plague that wrecked medieval Europe more than 4,000 years later, killing up to half the region's population over the course of seven years. But it's missing a few key genes – notably, traits that helped it spread. 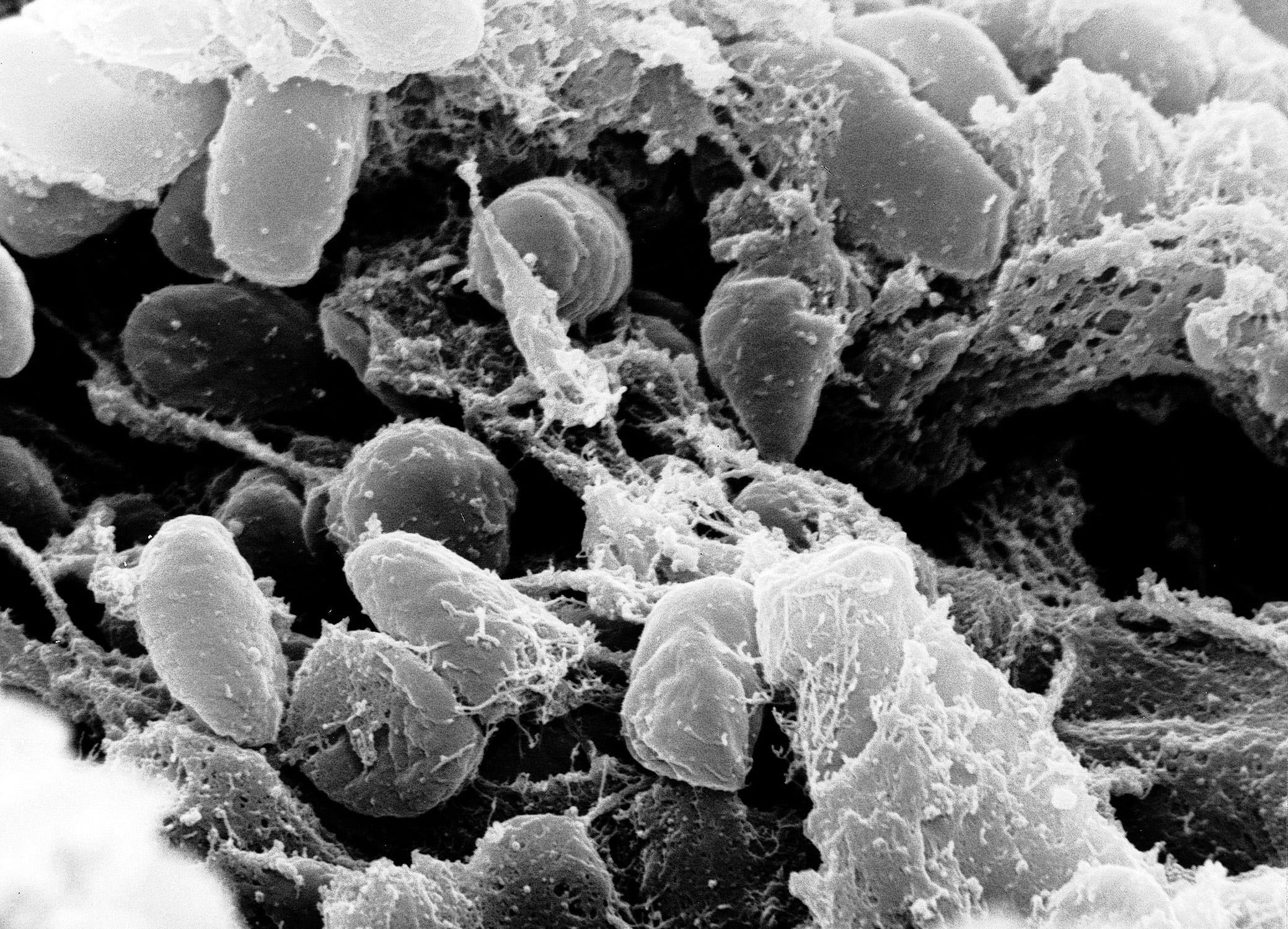 Cause of the bubonic plague, Yersinia pestis bacteria, under a microscope. (NIAID)

Unlike its microbial descendants, the plague that sickened the ancient hunter was a slow-moving disease and not very transmissible, according to Ben Krause-Kyora, a professor of ancient DNA analysis at Kiel University in Germany.

"It lacked the genes that enabled transmission by flea," Krause-Kyora, who co-authored the new study, told Insider. During the Black Death, bites from fleas and lice were the key source of infections.

So in the millennia between the hunter-gatherer's demise and the Black Death, Y. pestis bacteria mutated in a way that gave it the ability to jump between species via fleas.

"The change was a major driving force of a fast and widespread plague," Krause-Kyora said. 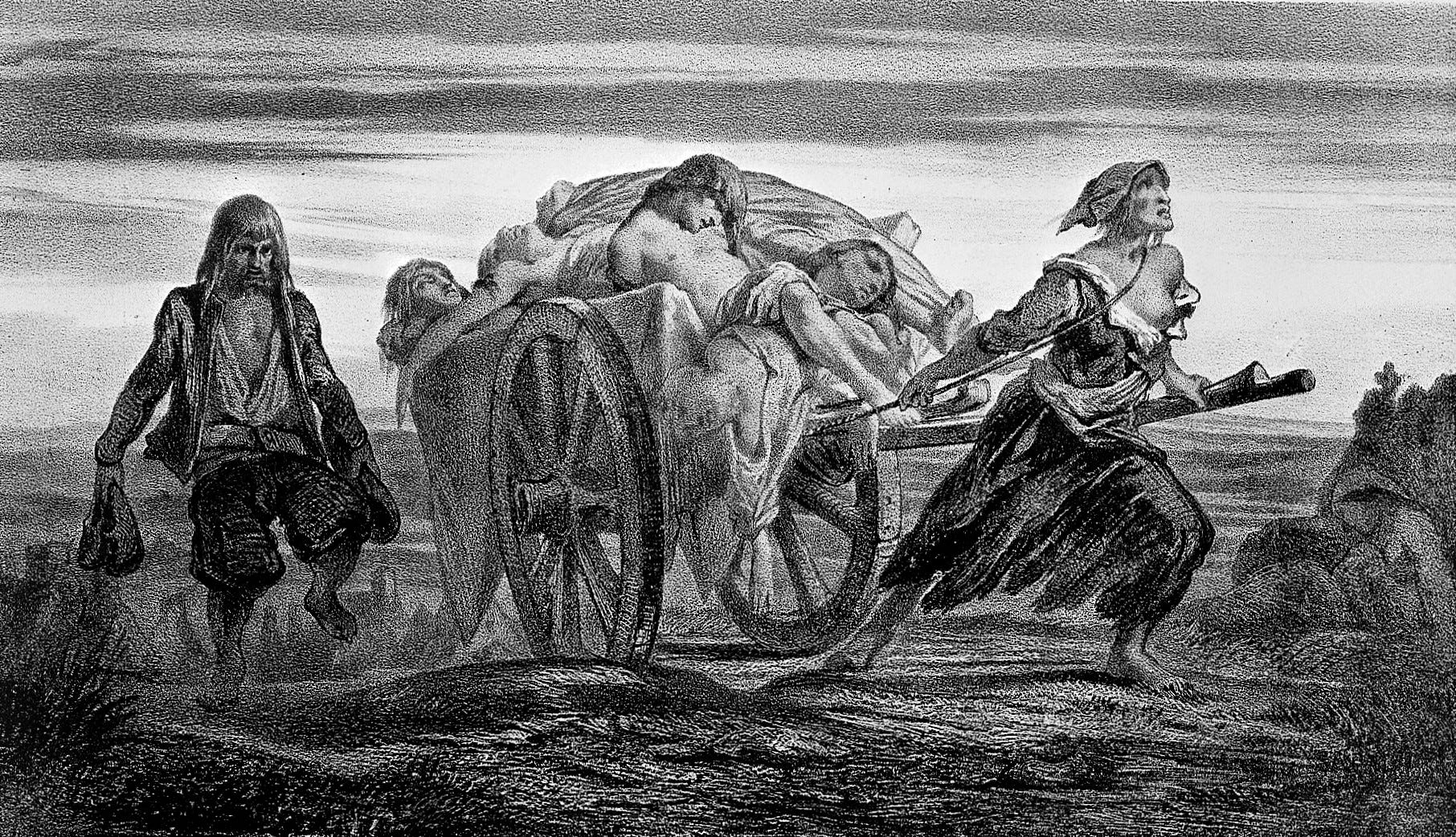 'Carting the Dead' depicts people who died from the Black Plague in the 1300s. (Jean-Pierre Moynet/Wikimedia)

Bacteria in the bloodstream

The Stone Age hunter-gatherer died in a region that's now Latvia. Near his bones, anthropologists also excavated the remains of another man, a teenage girl, and a newborn, but none had been infected.

Krause-Kyora's group hadn't gone looking for ancient plague victims – rather, they wanted to see if the four buried people were related. But before completing their planned genetic analysis, the team screened ancient DNA extracted from the bones and teeth for traces of pathogens. That's how they found the bacteria.

The researchers then compared the bacteria's genome to other ancient plague strains. A previous study described other strains that are roughly 5,000 years old, but Krause-Kyora said this particular one is a couple hundred years older. So his team concluded it was the earliest-known version of Y. pestis.

The hunter-gatherer's DNA also showed that he had a large quantity of bacteria in his body, which suggests that he died from it. His grave site indicated that other members of his group meticulously buried him, according to the study. 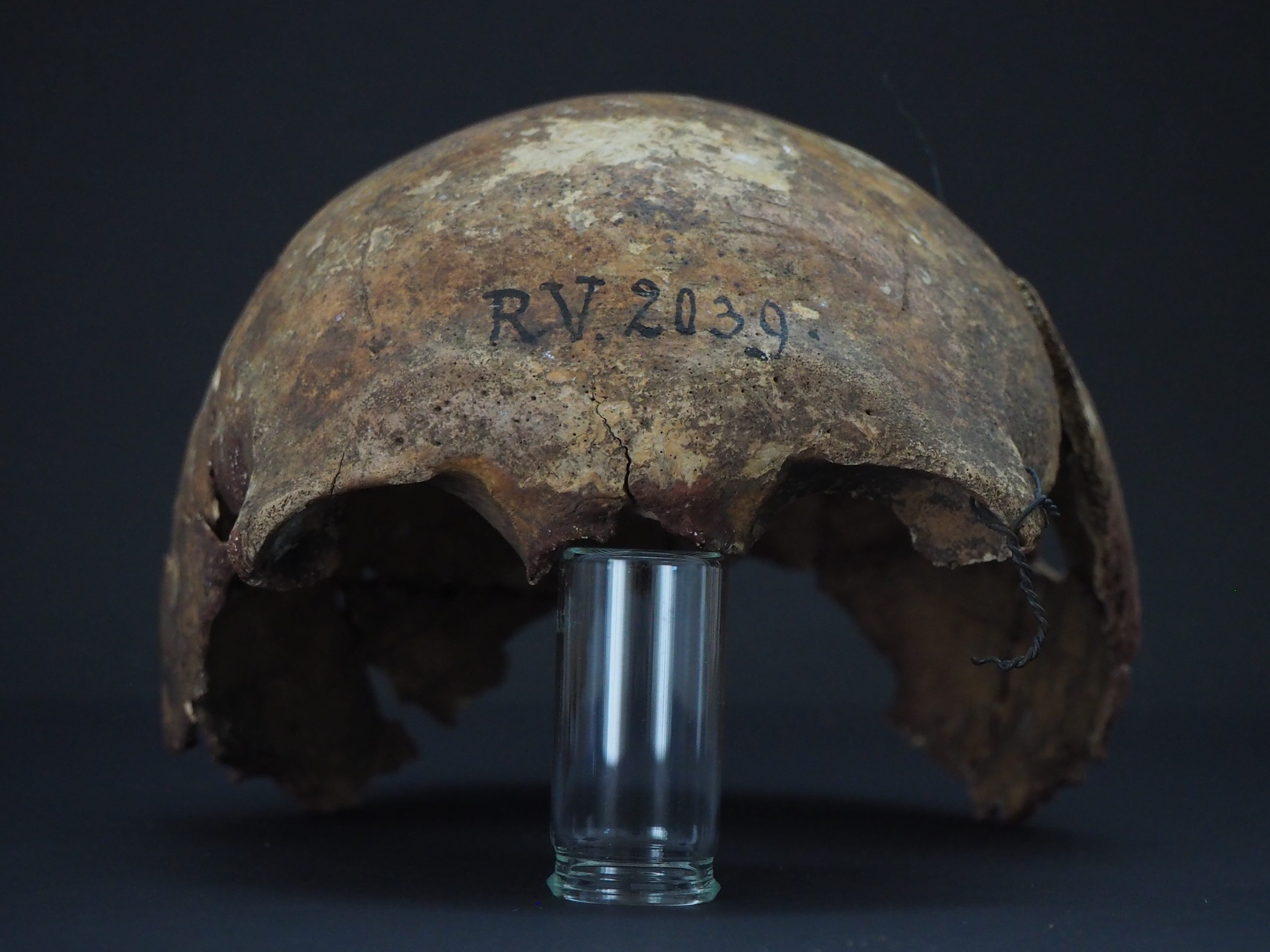 Patial skull of man who died of the plague, 5,000 years ago. (Dominik Göldner/BGAEU, Berlin)

"It's hard to tell if he died quickly," Krause-Kyora said, adding, "from the number of bacteria present, it seems he survived a higher dose and lived longer or in a more chronic way with it."

The plague can take three forms. Bubonic is the type that ravaged Europe and left victims with swollen, painful lymph nodes. Septicemic refers to infections in which the bacteria enters the bloodstream and the patient's skin turns black and dies. Pneumonic plague, meanwhile, can cause respiratory failure.

Krause-Kyora thinks the ancient hunter had septicemic plague, which could explain why no other members of his small group got the disease.

"They would've had to have direct contact with his blood," he said – or another infected rodent would have had to bite them. 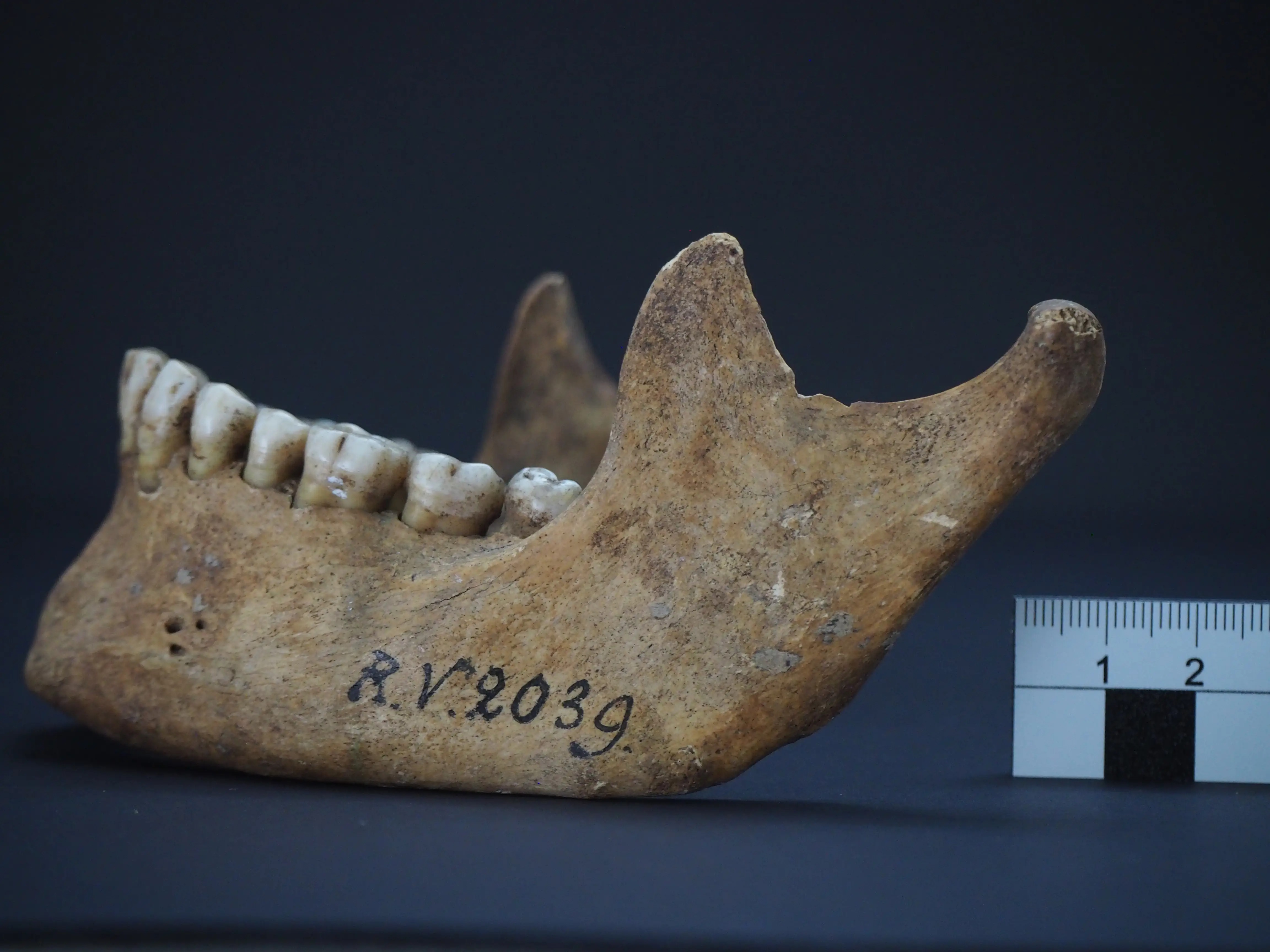 The jawbone of the Stone Age hunter-gatherer. (Dominik Göldner/BGAEU, Berlin)

The plague is mostly zoonotic, meaning it hops from animal hosts to humans.

Krause-Kyora said that the hunter-gatherer's case can show epidemiologists how zoonotic pathogens – like Ebola, swine flu, and (most likely) the new coronavirus – change over time.

"We really have to think about how evolution of zoonotic events could take thousands of years," he said.

During the era when the Stone Age man lived, the plague didn't cause widespread outbreaks. Y. pestis would pop up here and there in groups of hunter-gatherers, farmers, and nomads across Eurasia, but there was never a Black Death-level event.

What changed by medieval times, he thinks, is that people started to live in bigger communities and in closer proximity. That shift might have influenced the evolution that led the plague to live in fleas – which bite people more easily.

"It's the bacteria adapting to population density," Krause-Kyora said.

← back to Large Dinosaurs Were Prone to Extinction Way Before The Asteroid, New Study Argues
Next to An Extreme Supernova Lit The Skies 1,000 Years Ago. We May Finally Know Its Type →